Hey all! I’m still on a blogging break, but I just had to share this wonderful post from Bunny Kitchen. When I see posts like this, it reminds me of all the good that’s in the world. We all need such reminders. Great job with the bake sale Poppy! 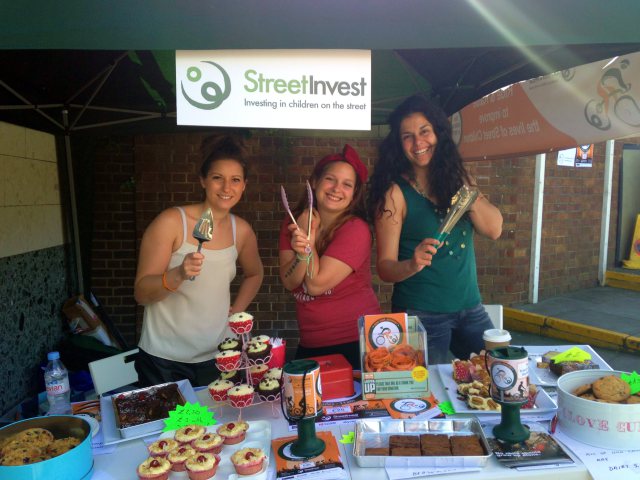 So I am home from my incredible USA adventure which you will hear lots more of shortly, but not before I share with you the bake sale I ran on Tuesday to raise funds for street children across four continents (Africa, Asia, South America and here in the UK) via StreetInvest, a UK based charity of which I am a trustee and have been involved with in various guises since before the name of the charity was even decided. Since then, the small charity with passion which would burst beyond it’s office walls, has grown and is a leading voice for street children around the world with some of the world’s experts in world development and the plight of street children as part of it’s team.

Hey there. I’m Celeste, California girl, writer, psychotherapist and burgeoning plant-based foodie.
View all posts by celestedimilla →
This entry was posted in Uncategorized. Bookmark the permalink.

2 Responses to Baking for Street Children