I Have an Idea to Help Animals

Posted on October 1, 2013 by celestedimilla 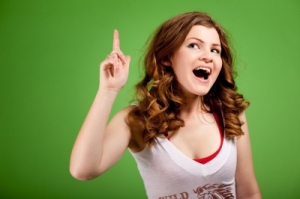 Your new neighbor invited you to his house for dinner. You had a lovely meal and are now reclining in the backyard over a bottle of wine. You notice several dogs in a pen and say, “You don’t have to keep your dogs confined on my account.”

Your neighbor chuckles and says, “Oh, those aren’t my pets. I raise dogs for meat.”

You assume your neighbor’s kidding and laugh. As you leave the dinner party through the garage, however; you’re stunned by a skinned dog hanging from the ceiling. You feel sick and almost don’t make it to the car without throwing up.

Thankfully this story not true. There’s a taboo, at least in most countries, that prevents us from eating dogs. We don’t do it. We consider it disgusting and cruel.

Before going vegan I’d never have considered eating a dog but I had no problem eating chickens, cows or pigs. A year and a half ago, however; this changed when I watched the movie, Vegucated. This documentary follows three New Yorker’s who agree to go vegan for six weeks to learn what it’s all about. As I watched them learn, I learned too.

And boy did I learn! I was so moved by the film that I immediately went vegan. I was already not eating meat or dairy for health reasons, but veganism is more than a diet. It’s living in a way that doesn’t harm or exploit animals for food, clothing or other purposes.

The movie also made me want to do something to help animals. But what could I do? I thought about passing out animal rights fliers or posting “shock” photos of abused animals like some vegans I knew, but this wasn’t my style.

The other day, however; an activism idea popped into my head that feels right to me. I LOVE my idea! It’s a fun way to help animals, and I’m excited to share it with you. I’ll be unveiling it tomorrow along with a giveaway. Please check back – you’re gonna love this!

35 Responses to I Have an Idea to Help Animals